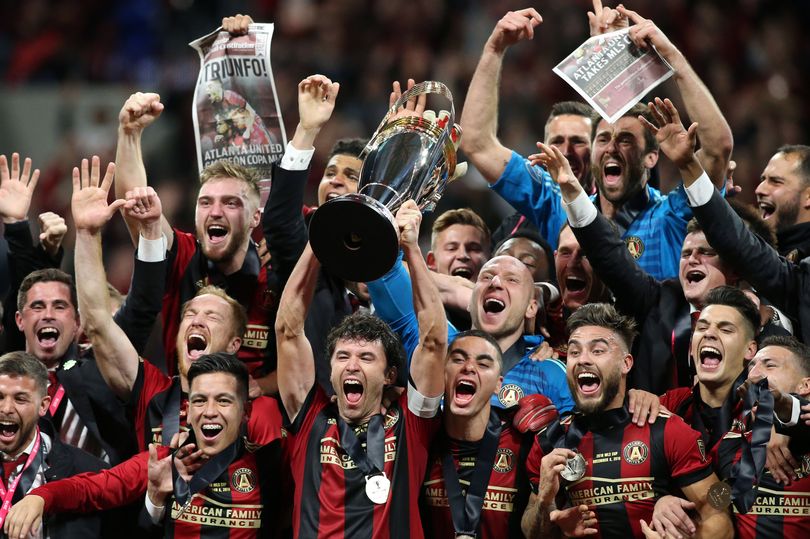 The Major League Soccer playoffs kickoff on October 19th, and here’s everything you need to know before they start:

What they have going for them: Bruce Arena has undoubtedly helped improve them since taking the helm, and he has experience in the playoffs with the LA Galaxy. Fans will also hope Designated Player Carles Gil, who has 10 goals and 14 assists after starting all 34 games in the regular season, will be able to lead the team to MLS cup glory for the first time in their history.

6. New York Red Bulls- The Red Bulls had a very up-and-down season, going as low as 11th place in the conference, and a few times in the season touching 3rd place. Compared to last season where they finished at the top of the conference with a staggering 71 points, fans will be disappointed with their team this year.

What they have going for them: They’ve got goalscorers. This season they tied the MLS record for most players on the roster with a goal after 18 Red Bulls found the back of the net.

5. DC United- DCU were a deadly team this season, never dropping below the playoff line and for most of the season, looking like real contenders to top the conference, but only started to slowly drop near the end of the season.

What they have going for them: Wayne Rooney will be hungry for a title as it’s his last season in DC and the MLS, and he’s got a couple of deadly attackers alongside him in Luciano Acosta and Paul Arriola.

4. Toronto FC- Toronto started the season hovering near the top, but midseason found themselves in a lull and struggled to stay above the line. An end of season surge was enough to get them all the way to 4th, and they’ll look to capitalize when playing their first round playoff match in front of home fans as they host DC United.

What they have going for them: After the loss of Sebastion Giovinco, they’ve had a newfound attacking presence lead by Alejandro Pozuelo.

3. Philadelphia Union- 3rd place doesn’t really do justice to the season Philadelphia has played. After years of other teams seeing them as a non-dominating team and struggling to get any results in the playoffs (if they even made it in), they finally had a breakout season.

What they have going for them: They’re lead by the league’s joined 5th highest goalscorer Kacper Przybylko who has 15 goals and 4 assists in 26 games, and had he played every game this season he very well could have scored more.

2. Atlanta United- After winning the MLS Cup in 2018, Atlanta started the season surprisingly bad, and in the first 6 games only mustered a 1-3-2 record, but after the bad start they skyrocketed up to the top of the standings and only dropped below third a couple of times after that.

What they have going for them: Even though they lost Miguel Almiron after last season, that didn’t make Josef Martinez any less prolific as a goalscorer, with 27 goals on the season. Fans will hope however, that new signing Pity Martinez can find his scoring touch.

1.New York City FC- New York only got to the top of the conference from week 27 until the very end of the season, but they showed their strength by sticking through the crazy last couple of weeks. They were quiet most of the season and were never the sexiest team in matchups but they pushed through.

What they have going for them: Head coach Domènec Torrent has a history of being a part of prestigious clubs after being an assistant coach for FC Barcelona (Spain), Bayern Munich (Germany), and Manchester City (England). Maximiliano Moralez also leads the league in assists with 20 in 29 games.

7. FC Dallas- The Texas team had a solid season spent mostly above the line, but still constantly moving up and down in the standings. On the last day of the season they beat Sporting Kansas City 6-0, and that big win may give them enough momentum to beat the Seattle Sounders in the first round of the playoffs.

What they have going for them: They have one of the best youth systems in the league, and while the kids are inexperienced, they would all love silverware early in their careers.

6. Portland Timbers- The Timbers spent almost all of the season below the line, and a lot of the season well under it. A late string of luck and good games had them ended up in sixth place and in the playoffs. They’ll be incredibly hungry to get the cup with a bad taste in their mouth after losing in the 2018 MLS Cup final to Atlanta.

What the have going for them: They have dangerous attacking prowess with forwards Brian Fernandez and Jeremy Ebobisse both getting 11 goals and 1 assist in the regular season, and star Diego Valeri getting 8 goals and 16 assists on the season. The attacking 3 will be difficult for defenses to contain.

5. LA Galaxy- LA looked like they would end up higher in the standings after a strong season, but in the last game of the season Houston Dynamo crushed their hopes for the second year in a row. Lucky for them, they still made it into the playoffs this time around. Superstar Zlatan Ibrahimovic has made the playoffs for the first time since joining the team and he’ll hope his trash talk all season will be backed up by an MLS Cup.

What they have going for them: aforementioned Ibrahimovic is absolutely deadly in front of goal with 30 goals in the season, adding 7 assists.

4. Minnesota United- Minnesota surprised everyone this year after the first two years of their existence were very underwhelming. They were finally able to look like a dominant team and even though they don’t look like a star-studded team like the LA teams, their team chemistry got them to the playoffs, somewhere they haven’t been before

What they have going for them: Darwin Quintero’s speed will haunt other team’s back lines, and defender of the year candidate Ike Opara will make it difficult for anyone to get points on the board.

3. Real Salt Lake- RSL had yet another inconsistent season sticking around the playoff line for most of the season but at the end of the season they had a few not-great-but-good-enough performances, and with some help from the teams around them they finished third in the west. Even at third place they still will be looking like the underdog in most matches.

What they have going for them: RSL loves the underdog role. Flying under-the-radar is where they fly best, and with a good young core of Albert Rusnak, Justen Glad, and Jefferson Savarino mixed with the experienced Kyle Beckerman and Nick Rimando, they’ll hope they can send Rimando into retirement with one one more championship.

2. Seattle Sounders- The Cascadian team may have been slightly overshadowed by LAFC, but they still had a very dominant year after only dropping below fourth place in the conference for one week. They never were worried throughout the season about making the playoffs but the question still remains; do they have what it takes to bring home the cup?

What they have going for them: The attacking three of Raul Ruidiaz, Jordan Morris, and Nicolas Lodeiro has been dangerous all year with a combined 28 goals and 22 assists between them, and opposing team defenses will be hoping they don’t have to face them.

1. Los Angeles FC- The Black and Gold have had one of, if not the most dominant seasons we’ve ever seen in the history of the league, after setting the record for most points in a season with 72, scoring 85 goals and only allowing 37. In week four they got to the top of the league and stayed there all the way until the regular season ended.

What they have going for them: Everything. Carlos Vela just set the record for most goals in a single season, and he’s not showing signs of stopping, not to mention their defense is shutting down any team in their path. At the moment they look like clear favorites for the MLS Cup in only their second year in the league.