The Addiction to the Most Popular Drug: Caffeine.

Is it really a drink or is it something worse? 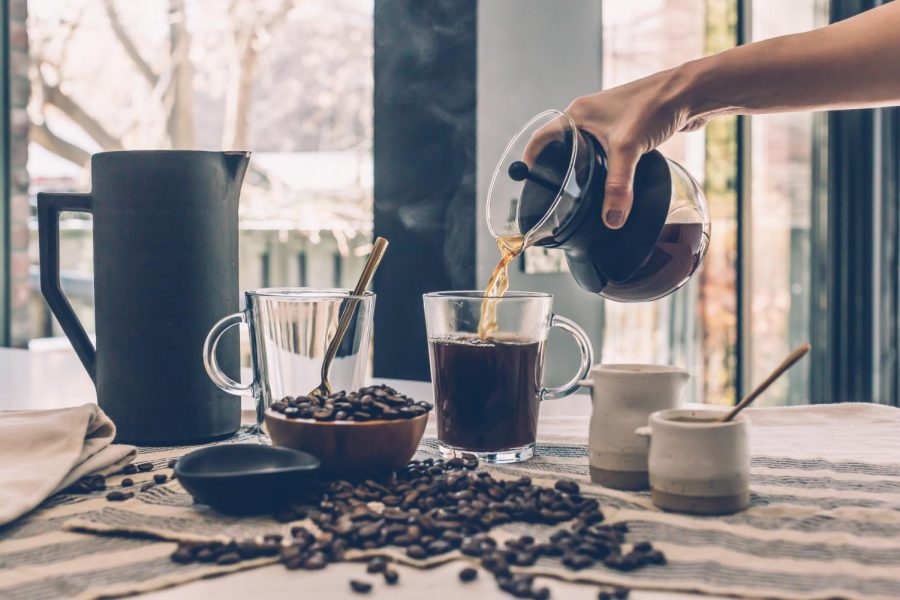 It’s not uncommon to see a cup of coffee or a can of Monster in the hand of a Herriman High student. In fact, many high school students consume these caffeinated drinks in order to make it through the day; it’s an essential part of their routine and parting with it can often leave someone aggravated or sleepier than when they left the door.

So what is it and why do some students depend on it to keep them awake?

Caffeine is a drug because it stimulates the central nervous system to energize and enhance the mood of its drinkers. It can be found naturally in the seeds of plants or made synthetically and added to food such as tea, coffee, chocolate, many soft drinks, pain relievers, and other over-the-counter medication. Though, once consumed the effects can start after 15 minutes and last up to 6 hours.

However, caffeine can be an addictive substance, according to the World Health Organization.

Most negative side effects are avoided by most individuals who only drink small amounts, according to the University of Michigan in high amounts caffeine may cause one to, “experience dizziness, hypoglycemia (low blood sugar), fruit-like breath odor, troubled breathing, muscle tremors, nausea…drowsiness, thirst, anxiety, confusion, irritability, insomnia, changes in appetite, dry mouth, blurred vision, and cold sweats.”

With all of this considered, why do Herriman High students still drink substances with caffeine? In a survey conducted of thirty students, 51% said that they drank coffee, some of the reasons was  “It tastes good…” and “gave them energy.” This is not an uncommon statistic, according to the Centers for Disease Control and Prevention, researchers estimate 73 percent of American children consume some level of caffeine each day. Throughout the day, many agreed, it’s hard to stay awake in class because of how early or how taxing a class could be. Neurologists and Sleep Studies tell that Adolescents struggle with staying awake due to the conflict in circadian cycles and one way to compensate is drinking caffeine.

There are many myths with caffeine such as does it stunt growth, or is it a gateway drug?

Both of the answers are no, caffeine as mentioned before stimulates your central nervous system and not any chemical or physical process that makes you grow. And just like any medicinal or non-medicinal drug you can eventually gain a tolerance to the effects, therefore it varies from person to person for how much caffeine consumption is needed to get the same effects. But it is rare for anyone to overdose on caffeine, needing at least 10 grams to reach a dangerous level, yet that requires drinking more than 10 cans of soda or more than two energy shot drinks.

In short, drinking Caffeine is in no way more dangerous than drinking any other flavor drink as long as it is in a healthy dose. Caffeine will be no stranger to young adult life as long as early schedules demand early rising.