From Biggest Boyband to Fractured Artists: What Happened to One Direction? 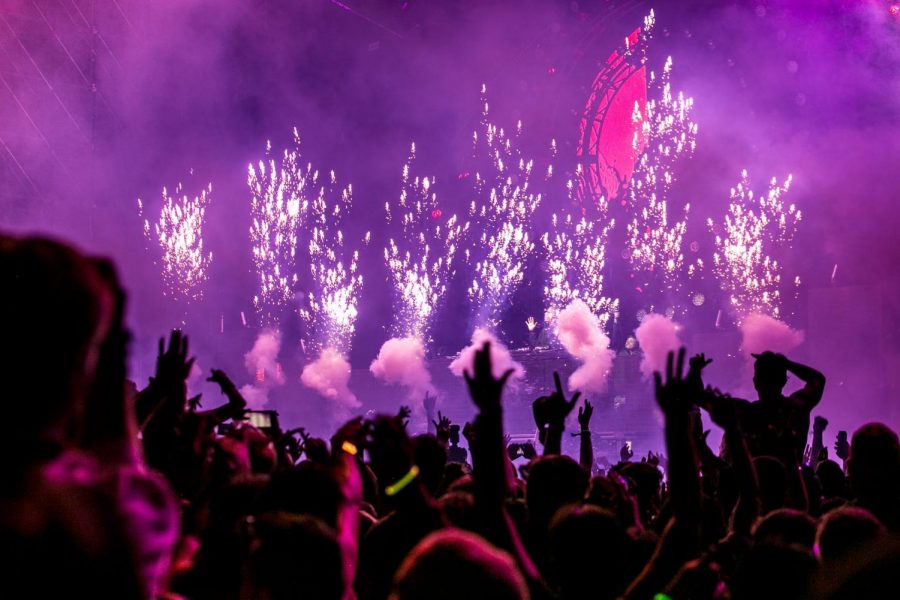 It has now been five years since the biggest boyband of the 2010s played their last show together. Pop-rock boy band One Direction called a hiatus in 2015, leaving fans hopeful but worried as to what would be to come for their beloved group. Since then, each of the four members has split off in their own unique solo careers. Wondering what happened to the curly-haired frontman, or the lesser-known members of the group? Here’s a quick overview of what each of the former One Direction members are up to now.

Often dubbed the “breakout star” of One Direction (even before the band’s split), Styles has lived up to the hype. His second solo album, “Fine Line,” hit the charts immediately following its release in December 2019. It held the number one spot as the calendars switched to 2020, making it the last number one of the old decade and the first of the new.

Musically, Styles has evolved since his debut self-titled album, released in 2017; the soaring six-minute “Sign of the Times” carries a stark contrast to the new albums lead single, jazzy “Watermelon Sugar.” Even further, his music has made leaps and bounds since leaving the band – Styles went from the pop-indie notes One Direction ended on to a more rock-influenced vibe.

Behind the numbers and sounds, Styles himself is the definition of vibrance. In a one-night concert celebrating the “Fine Line” release, the singer appeared on stage donning a bright pink dress shirt and whites suspenders – the same look he was shown wearing on the album’s cover. Onstage and offstage, Styles pushes fashion boundaries, with famous friends including everyone from the iconic Stevie Nicks to vivacious Lizzo.

As for future plans, Styles is now set to serenade the entire world over the next year. “Harry Styles: LOVE on Tour” kicks off in April of 2020. While Utah wasn’t lucky enough to score a show, nearby Colorado and Nevada dates are only a road trip away!

Tomlinson, though boasting the most songwriting credits within One Direction’s discography of all the members, has had a bit of a rockier process getting his solo music to the public’s ears. The singer started in an electronic direction with his music style, putting out tracks such as “Just Hold On” with EDM artist Steve Aoki and “Back to You” with pop artist Bebe Rexha.

However, after the tragic deaths of his mother, Johannah Deakin (2016) and his younger sister, Félicité “Fizzy” Tomlinson (2019), Tomlinson’s anticipated full-length debut solo project was only further delayed.  Everything changed when Tomlinson put out “Two of Us,” a song dedicated to his mother – Tomlinson was headed in a more personal direction, and back to his pop-indie roots.

“After I lost my mum, every song I wrote felt, not pathetic, but that it lacked true meaning to me,” Tomlinson told The Guardian in 2019. “I felt that, as a songwriter, I wasn’t going to move on until I’d written a song like that.”

January 31st, 2020 marked a memorable breakthrough for Tomlinson: “Walls,” his debut solo album, was released to the public. Although he was not known as the biggest standout star in the boyband years, Tomlinson carried many of the band’s fans through to get his debut number one on the charts. With the soft-rock mixed with pop-indie vibes “Walls” showcases, the singer saw impressive success compared to that of his prior releases.

Tomlinson is also headed to travel the world with his “Walls” tour this upcoming year! Utah’s very own Sandy Amphitheater is hosting him on July 14th, 2020. Get your tickets through smithstix.com.

What has been the most shocking event coming out of the band’s split is the lack of success in the songwriter and lead vocalist, Liam Payne. The singer put out his own debut solo single shortly following members Styles and Horan in 2017; “Strip That Down” arrived on the pop scene, with Payne’s signature catchy lyrics and a newer, light r&b edge. Although fans were immediately ecstatic about the release, success was short-lived – the track soon fell from the number one spot as newer songs overtook public attention.

Payne has since seen charting success with follow up singles, though; his single “Get Low” with popular EDM artist Zedd received massive radio play, and Payne went on to record “For You” with Rita Ora for the “Fifty Shades Freed” movie soundtrack. When he released his EP, “First Time,” it looked to fans like Payne was finally going to reach the musical success so many were expecting from him.

In between all of the singles, Payne was forced to quickly mature from the carefree popstar life he’d known for years; during a brief relationship with singer Cheryl Cole, he welcomed his son, Bear Payne. After becoming a father, then going through an intense breakup with Cole, Payne was ready to take to songwriting again.

Hopes quickly tumbled when Payne finally put out his first full-length project, titled “LP1” in 2019. In an unexpected magnitude of retaliation, Payne was quickly mauled by former fans on social media as well as music critics. “LP1” featured a song, “Both Ways,” that many took as a rather disturbing and offensive look on bisexual relationships. If that wasn’t enough, lyrics were watered down in comparison to his works in One Direction, and the singer was putting out a startling “rude rich boy” image.

Payne hasn’t since directly responded to the attacks and has no current plans for a U.S. tour. As for the future, the star has a handful of shows in Italy and the United Kingdom on his schedule, with no musical project plans as of this time.

When it comes to the least dramatic One Direction member, Horan can often be humorously pointed to by loyal fans. The star was the first of the members to put out a solo single – and that’s about as scandalous as his solo career got. “This Town,” a humble acoustic track with softer vocals, was released in 2016, under a year after the band played their last show together.

From there, Horan’s success as a solo artist was almost immediately prevalent. After a series of singles, his debut full-length project “Flicker” made its entrance onto the charts in 2017, with everything from soft-rock swayers (“Fire Away”) to acoustic anthems (“On My Own”). Shortly after, Horan embarked on a tour by the same name with country artist Maren Morris, playing amphitheaters across the country and winning the hearts of many former One Direction critics. Horan even made a stop at Utah’s Usana Amphitheater; with a sunset backdrop of the mountains, the singer played his debut album – and some old One Direction tunes – to thousands of Utahns.

Offstage and out of the studio (where it is pretty rare to find Horan in the midst of music releases), fans take pride in knowing that Horan is the same goofy and charismatic personality he was in the old boyband days. Whether he’s sharing golf videos on his Twitter account, posting a slew of selfies on his Snapchat, or congratulating the other One Direction members on solo releases, Horan has never shied away from social media.

Horan’s new era kicked off with a track you may often be heard on the radio right now: “Nice to Meet Ya.” In a departure from the adorable, but clearly cautious acoustics of “Flicker,” Horan has broken into a pop-rock influenced genre, with strong guitars and fast-paced lyrics. His sophomore album, “Heartbreak Weather,” is set to be released on March 13, 2020, after which he will embark on a short U.S. tour with pop artist Lewis Capaldi. Horan is set to perform at Usana Amphitheater in Utah in August of 2020; tickets are on sale starting Friday the 20th of March!