From villages to deserted islands, this game can keep you sane in these trying times. 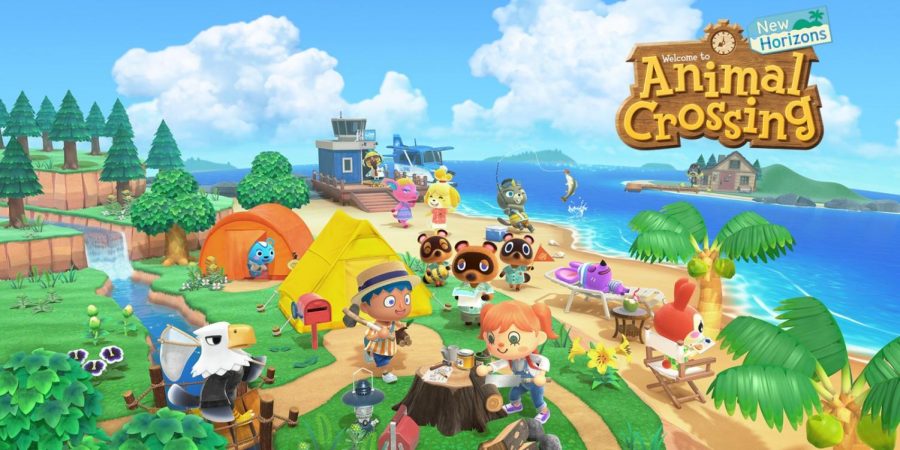 Since COVID-19 sent us all in quarantine,   Plague Inc., CS:GO, Call of Duty: Warzone, League of Legends, World of Warcraft, and a ton other games that are being played at record but many of them are targeted towards more experienced players with a taste for action.

Animal Crossing: New Horizon, however, takes a step away from the chaos and more towards a steady and therapeutic experience. This game follows you, the player, living and designing your deserted island with a bunch of cute anthropomorphic animals. You accomplish this by hunting down resources and participating in activities like fishing, cutting trees, catching bugs, and fossil hunting.

Its aesthetic is nothing but warming in its beautiful visuals and soundtrack that changes for each hour and each location you visit. One interesting aspect of New Horizon is that the game is played in real-time and also has the seasons match the hemisphere that you live in.

The best part of this game? You can play with friends without the need for social distance!

Players can play locally on their couch or invite people via their own switch, this function works with up to 8 players. In an interview with The Verge, New Horizons producer Hisashi Nogami tells, “I am very disheartened and saddened by the events happening across the world. Considering the timing, we hope that a lot of the Animal Crossing fans will use this as an escape, so they can enjoy themselves during this difficult time.” Players use this co-op way to interact and even hang out, all over social media players are posting their experiences on how they cope.

I also spoke with some of the acquaintances on how they cope with Animal Crossing, “It’s so nostalgic. Instead of feeling like I’m stuck at my house rather than enjoying springtime at college, I feel like I’m in middle school again playing Animal Crossing: New Leaf with all of my neighborhood friends.” Another said, “I bought it specifically because of the quarantine and it’s something nice to check into when you need a break from the rest of the world. I like that things happen in real-time so that you always have something to look forward to the next day.” In another interview, I had with some friends through discord they also had a few things to say on the matter.

Overall this game has a very charming environment with plenty of things to do, and since Animal Crossing is an open-ended world there’s an infinite amount of gameplay. If you have a Switch this game is only $59.99 and can be downloaded online or ordered through amazon if you can’t go out!