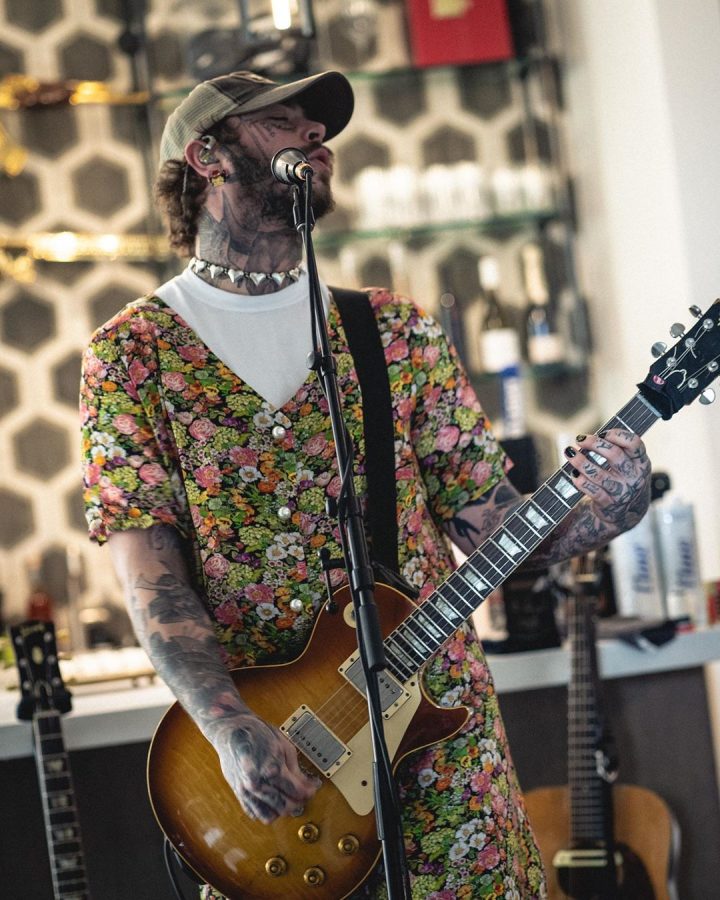 When internationally famous Hip-Hop artist Post Malone announced that he was going to livestream a tribute devoted to the timeless songs written by Kurt Cobain, I was initially very, very skeptical. I was not alone in that sentiment. Voices in the rock community stood against the proposal and labeled it borderline blasphemous. There are plenty of bands from the 20th century that holds an almost holy and untouchable reputation in the rock world; The Clash, The Beatles and Queen are a few examples. However, since the death of Kurt Cobain in 1994, Nirvana ascended their existence as the biggest alternative rock band in the world into the echelon of musical genius. I am not saying that they do not deserve that reputation, because their music is self-evidently brilliant. However, the general public only realized this after Cobain’s tragic suicide, and the mystery surrounding those circumstances. Since then, covering Nirvana has always been considered a “touchy” endeavor. If somebody wanted to do that, they needed to have the talent, tact, and musical clout necessary to avoid scathing criticism.

In short, this was a risky move. I didn’t watch the initial livestream, I was working that day so I waited until I got home to plug in and see what the fuss was all about. I held my breath as I pressed play, expecting a gaudy rendition of the explosive “Smells Like Teen Spirit” right off the bat. However, when they started with “Francis Farmer”, a far less popular song from a far less popular Nirvana album, I knew that this was going to be a lot more interesting than I initially thought. What followed was one of the most bad-ass punk rock performances in recent memory. The attitude that Malone had towards the whole event was in perfect sequence with Nirvana’s timeless punk-rock sensibilities. They never played “Teen Spirit” which was a deliberate and brilliant move. Everybody that considered themselves “real” Nirvana fans hold a good amount of resentment towards Nirvana’s most popular single. None of them doubt that that song is special, and potentially genius, but they know that there are dozens of other songs penned by Cobain that are equally, and in some cases incredibly more, genius than “Teen Spirit”.

Malone didn’t acknowledge the criticism, he didn’t talk about Cobain’s suicide, and he never apologized for his self-indulgence. He simply plugged in and rocked out to songs that he loved, ignoring the status-quo and stigma against covering those particular songs. His voice was excellent, his guitar work was surprisingly nuanced, and with Travis Barker’s genius percussion work, they nailed it. Now, with the approval of the surviving members of Nirvana, Post Malone has proved Generation X that he is a musical force that will be taken seriously. The best part about that is that he wasn’t even searching for anyone’s approval, he was focusing on raising money for a good cause and having, in his own words, “a metric shit-ton of fun”. Malone will reap the benefits of this performance for years to come, and with the rock and roll community blowing wind into his musical sails, there is nothing holding him back. Rock on, Post.