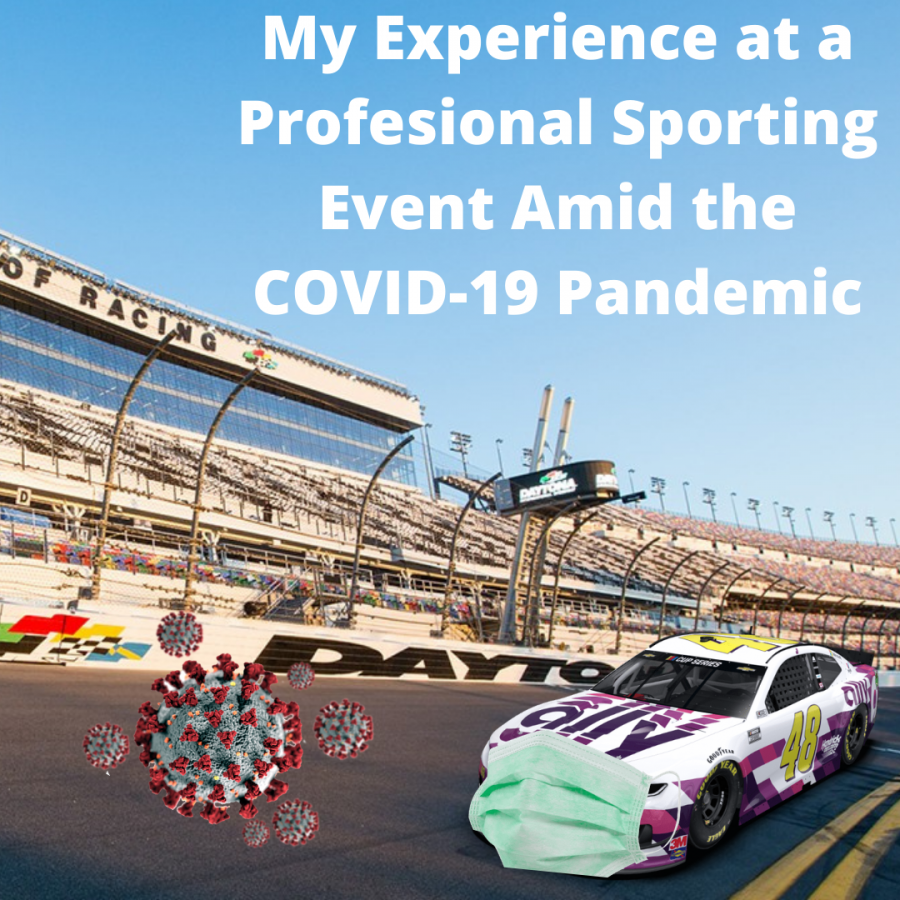 Last August I was fortunate enough to attend the GoBowling.com 235 at Daytona International Speedway, in Daytona Beach Florida, a 235 mile race around Daytona’s road course. This event was a NASCAR race that was unexpectedly announced after the postponement of the season, and the cancellation of the original event, the GoBowling.com at the Glen, at Watkins Glen International, in Watkins Glen, New York.

NASCAR, or the National Association for Stock Car Auto Racing, is a stock car racing series that travels to race tracks all across the country, completing 36 races in a season, every sunday, starting from The Daytona 500 in mid February, to the finale in Phoenix, Arizona in mid November. 40 cars and drivers compete in each race every week, and attract thousands of fans to each event, and millions of viewers on television.

Daytona International Speedway has a seating capacity of 101,000, but NASCAR wisely chose to only sell tickets to 2 sections of the grandstands. Upon arriving at the track, precautions were already being taken. My temperature was taken right at the gates, and after I entered, I was given a free 0.5 ounce bottle of hand sanitizer. The escalators were monitored by employees who spaced all the fans out so that they could social distance, and if you weren’t wearing a mask, you were either asked to put it back on, or kicked out.

Seating was limited in a very specific way. Seats were sold in groups of four, and the seats on the ends were made sure to be at least 6 feet apart from another group of seats. Employees were at each section helping fans find their seats, and keep an eye on everyone to make sure they were staying in their seats.

At the end of the event, I took an elevator down to the ground. Only a group of six people max could ride the elevators at a time. At ground level, there weren’t even enough people there to force a crowd, so it was naturally socially distanced.

Overall, I think this event was very safe, and planned very well. I never felt unsafe, or that something wasn’t as safe as it could be. Now that other spectator sports are starting up, it’s important to think about what the stadiums as well as the fans can do to make going to a sporting event a safe and fun one. I think if other leagues start treating their events like NASCAR did with their race, sporting events won’t be that different this year.