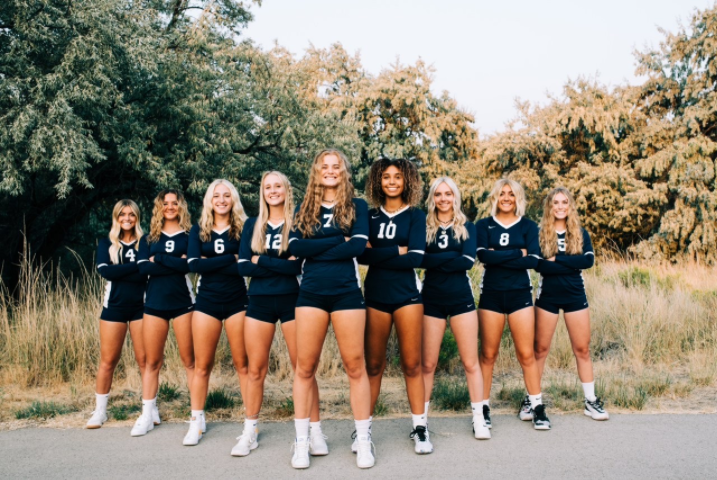 September 3rd was the Herriman Girl’s Volleyball Senior Night where they matched against Viewmont High School. Herriman started off the night by calling names and introducing their players, starting with all of the seniors in honor of their last year: Mya Morley, Gabby Cannon, Marin Freeland, Lila Cowdell, Ava Preston, Ellie Winter, Lily Haaga, Dakota White, and Sydney Frasure.

Herriman served first, starting time on the clock. Unfortunately, the first four points went up on them but it wasn’t enough to beat them. Herriman came back tied with Viewmont High 11-11. Viewmont ended up winning the first set on Herriman 16-24. Set two started off, Viewmont serving first to Herriman, giving Herriman the upper hand score on them from the start. 21-19 Herriman was running the board on them giving everything they had to win the set, outscoring Viewmont 25-19 and tying the 2 sets 1-1.

Set three started and the Herriman girls had a little trouble in the beginning, after back and forth scores on both teams. Unfortunately, Viewmont finished the 3rd set 22-25, with Viewmont now winning two sets to Herriman’s one. During set 4, Herriman dominated Viewmont 25-17, leveling the sets. Students and parents cheered intensely for Herriman as the last set of the game began. The team were playing their hardest on the court to win, but Viewmont came out with the win in a very close game, ending the last set 15-13. This was only a preseason game for the girls and they are excited for the season to officially start and take a trophy at Region!