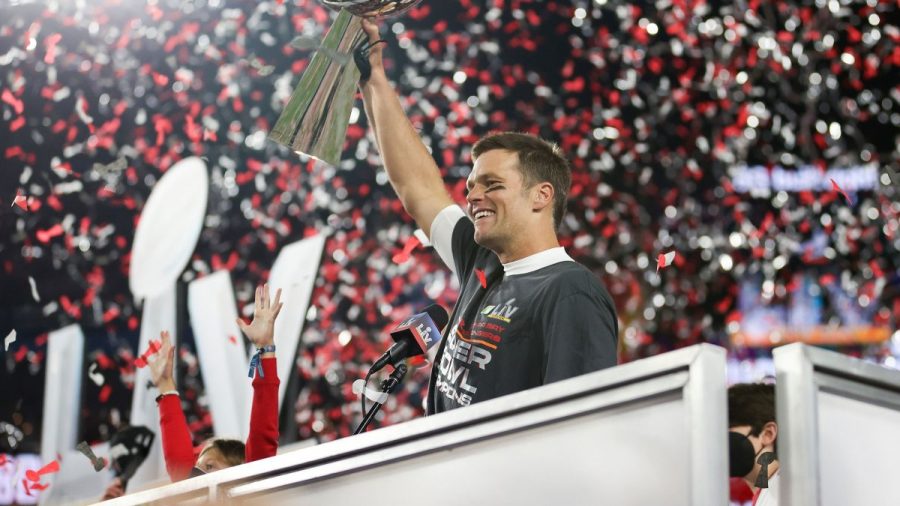 Super Bowl LV opened with Tom Brady and the Tampa Bay Buccaneers getting the first possession. Harrison Butker kicked a 49-yard field goal on Kansas City to give the Chiefs a 3-0 lead over Tampa Bay. During the first half Tom Brady and Rob Gronkowski dominated the field scoring 2 touchdowns giving the Buccaneers a 14-3 lead over the chiefs. The Kansas City Chiefs scored one more field goal putting them 21-6 under the Buccaneers finishing up the second quarter and going into the halftime show. Kansas started out the second half with another field goal to make the score 21-9. In the 3rd quarter, Leonard Fournette ran untouched 27 yards for a touchdown to give the Buccaneers a 28-9 lead. Brady has led Tampa Bay to touchdowns on four of their past five drives after punting on the first two possessions. The last scoring play in Super Bowl LV was made by Ryan Succop with a 52-yard field goal following interception by Antoine Winfield Jr. on the Buccaneers. This leaves the Tampa Bay Buccaneers champions for Super Bowl 2021 with a final score of 31-9 over Kansas City Chiefs.