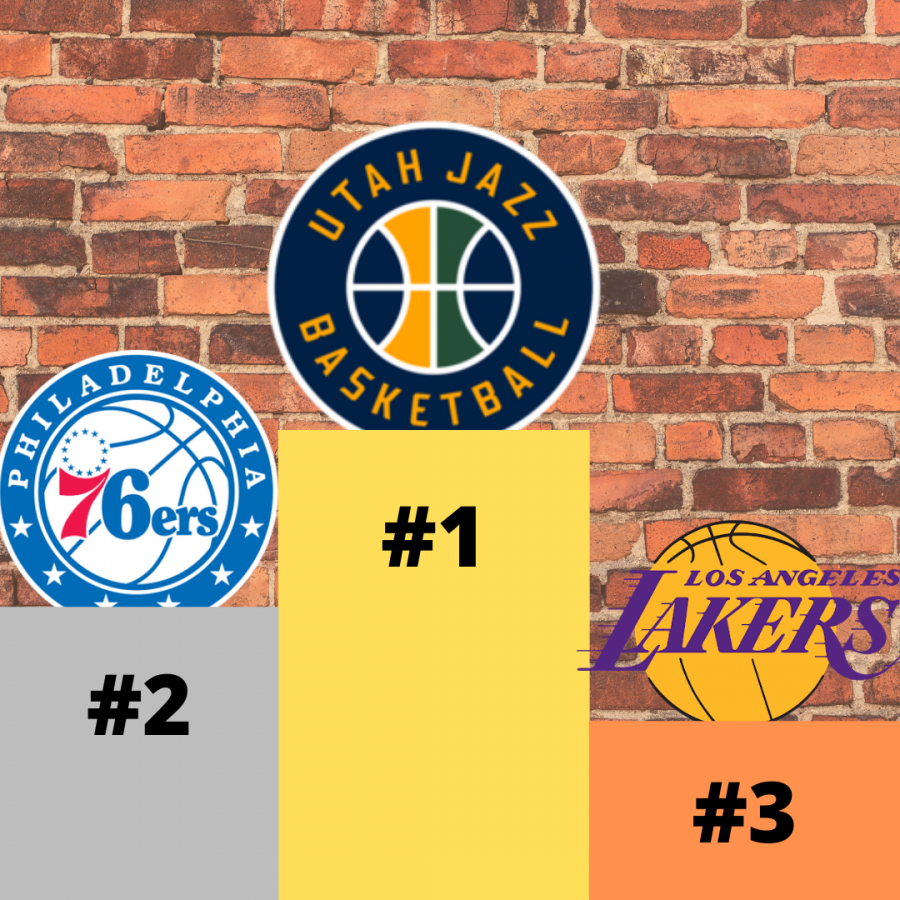 The Utah Jazz has turned their entire franchise around the last 4-5 years, turning from one of the worst teams in the league, and in my opinion, the best team in the league right now. Many fans don’t think the same, however, some even compare the team to the 2009 Atlanta Hawks team, having the best record in the league, and still losing in the first round.

Fans pinned the reason for the Jazz’s #1 ranked record was an easy schedule, which is a compelling reason, until you realize the Jazz have beaten the Milwaukee Bucks, Philadelphia 76ers, Los Angeles Clippers, and most importantly, Los Angeles Lakers, the defending NBA Finals Champions. And even in the games against less than great teams, The Jazz have been beating teams by 20+ points very consistently.

The Jazz’s roster is another huge reason why they’re the best. They have previously mentioned Donovan Mitchell, as well as 2x Defensive Player of the Year Rudy Gobert, Mike Conley, Bojan Bogdanovic, and Royce O’Neal. But the starters aren’t why they’re the best; It’s their bench. The Jazz’s bench includes Joe Ingles, Derrick Favors, Georges Niang, and most notably, Jordan Clarkson.

The bench is being compared to the bench that made up the Jazz’s NBA Finals appearances in the late 90’s. Many older fans believe that the reason the Jazz were so good those seasons was because of their bench. Utah had John Stockton, Karl Malone, and Jeff Hornacek, the starting players that did the damage, and then the bench that would hit the floor, and could keep the score where it was or even increase the lead.

Jordan Clarkson has had a breakout season this year, averaging 18.2 points per game, 45% from the field, and 37.2% from three, and even scoring a career high of 40 points against the Philadelphia 76ers last February.

Derrick Favors, the Utah Jazz veteran who was traded to the New Orleans Pelicans during the 2019 offseason, is back and performing very well, averaging 6.4 points per game, and 64% from the field. Georges Niang is another big story right now, who went 7 for 7 from three against the Charlotte Hornets.

Joe Ingles has also performed very well this season, averaging another 11.4 points from the field, and 45.5% from three. Ingles fits in perfectly with the Jazz’s 3-point shooting game plan they have this year, similar to the Golden State Warriors team who won 3 NBA finals games from 2015-2019.

This team’s bench, along with its starters, is dangerous. The Jazz have one of, if not the most diverse teams this year, in terms of the amount of players that can do different things. You have Donovan Mitchell and Jordan Clarkson, two explosive young players, that can grab layups, shoot threes, and stay consistent from the free throw line, Rudy Gobert, a 2x All Star and 2x Defensive Player of the Year, Derrick Favors, a veteran who already has the chemistry with the team,  Mike Conley, an experienced Point Guard and team leader, and then last but certainly not least, Bojan Bogdanovic and Joe Ingles, two players who can shoot and make threes, very consistently.

And to top it all off, you have Quin Snyder, a tough, strong, and experienced leader who has proven time and time again that he can win. He even once called a timeout during a game back in 2014 to just scowl at the team.

This year’s Utah Jazz team is special and is the best. They deserve to be at the top of the Western Conference and earned that spot. The team is playoff bound, and don’t be shocked if you see this team in the Western Conference Finals, or even the NBA Finals. They have the ability to make it that far, and they have the ability to be the best in the league.