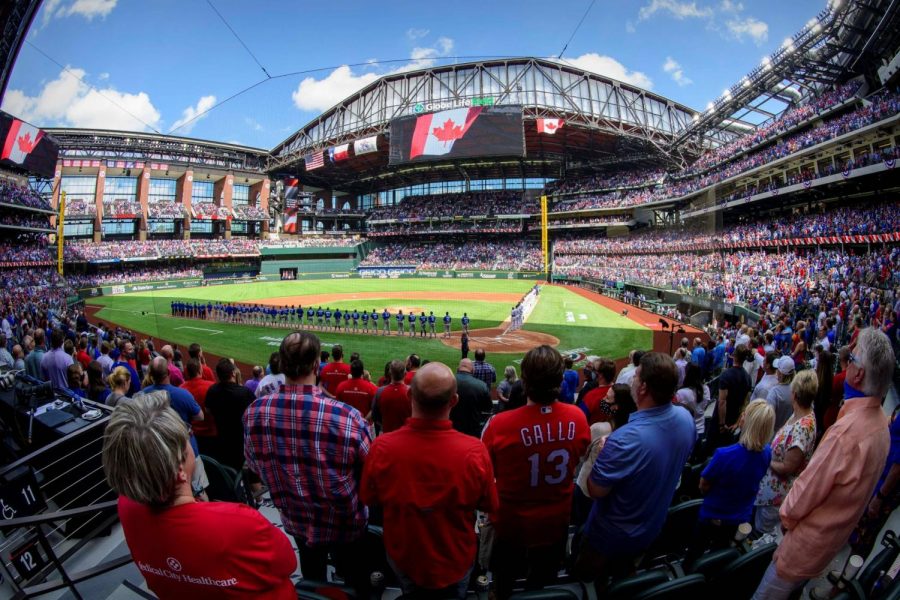 ARLINGTON, Texas –  The Texas Rangers, a professional baseball team in Major League Baseball, announced that they would allow fans into the stadium at full capacity this season after the state of Texas lifted their mask mandate in early March. So far, the Rangers are the only team in the MLB to open their stadium at full capacity.

Despite the controversial decision, the Rangers had no issues selling tickets to the 2021 season home opener. 38,238 tickets were sold, a sellout at the Rangers’ brand new stadium, Globe Life Field. Fans won’t be required to wear masks at the games, and as cameras would show during Monday’s game, most fans were not wearing masks.

President Joe Biden called for the organization to change course, saying, “I think it’s a mistake,” President Biden said, “They should listen to Fauci, scientists and experts. I think it’s not responsible.”

But what do the fans who are attending think? “I think it’s great,” Rangers fan, Pug Landrum said, “We can’t stay shut up forever. I’m not going to live in fear my whole life.”

“I don’t usually wear a mask if I go to the grocery store, but I will respect the rules, but I’m not worried at all,” another Rangers fan, Stephanie Cotton said.

The debate on this issue currently is a very serious one. One side argues that it is time to move on, and start living normally, while the other side believes that rules and restrictions need to stay in place, but hopefully MLB fans across the country, no matter what views on the issue they may have, will do their part in getting vaccinated, following their respective states’ rules, restrictions, and mandates.