What is a Clique? 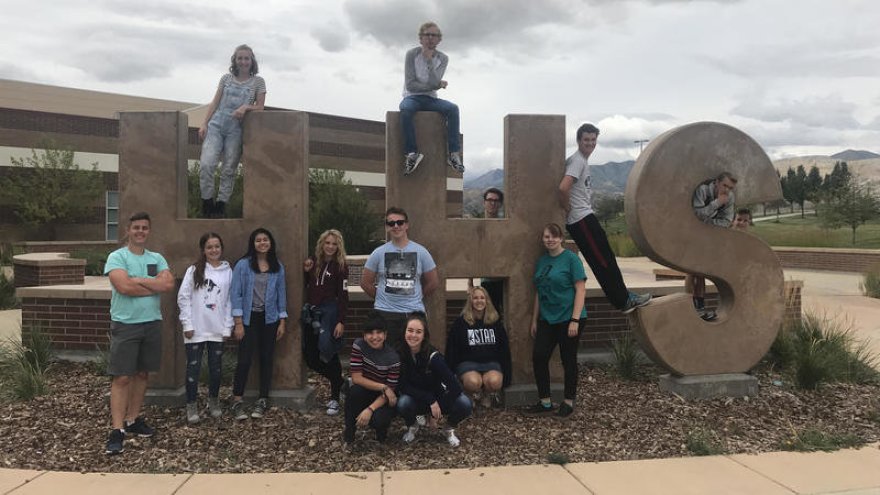 I noticed between the two comments that when asking them further in depth where they belong and where they didn’t, it led to specific comments. Those who said a clique is “a group of people” felt like they fit in everywhere, and those who stated, “a group of people that leave people out”, felt like they didn’t. Gaining the aspect that where people fit in and their becoming of a “clique” weighs in on their opinion of what a clique is.

Have the times changed from when we were younger to now?  More activities and groups means more cliques. Everyone wants to feel like they fit in, everyone wants to be where they belong.

Asking some teachers they stated, “There are so many kids that fit in different cliques now then from when I was a kid. We didn’t have many options of where to fit in.” Asking students they all mostly stated,“I grew up with all my friends, I was younger when I met most of my friends so we are all pretty close.”

The teachers I talked to said that when they left high school, the cliques in schools became more apparent. There are cliques for teachers as well.There are cliques at work, when you see somewhere you want to fit in you are going to want to be a part of that. No one wants to feel left out, that’s a whole lot of loneliness. It’s in our human nature to want to find somewhere or someone to feel like we are a part of something. Schools have become more aware of how to offer more opportunities for students, they are learning as we learn. School is one of the best ways of finding where you belong.

Where do you feel you belong to and where you don’t?

It depends, many students have said there are many groups that they fit in just because they grew up with other students. Certain students have also said that they are new to the school so they don’t know where they belong yet or if they want to belong. Why wouldn’t anyone want to belong? If we became more aware of how to be open, and start being more out there, would it give us more chances to find where we belong? A lot of people are becoming more oblique about how to help each other. If society weren’t so focused on our own personal belonging then we could help each other fit in.

We all want to have good days, to feel needed. If all our wants and needs were advocated, would we still be who we are today? No, probably not. In our nature we have learned to defend ourselves, to not defend ourselves. We have adapted to our society, and our environment. Growing up with certain mindsets and different environments but yet we still find ourselves belonging in the same groups. It’s because we have adapted to depending on our friends, or depending on feeling needed.

We need each other, we need to feel okay. We need someone that we can share something with. Life wouldn’t be as enjoyable without friends. Maybe if we expanded our thinking about closing off our groups, or if we stopped all judgement, then maybe we would be able to enjoy high school, or even life more! So let’s start focusing on how to help each other so we can make this year as enjoyable as possible.