We are Failing the Freedom of Our Minds 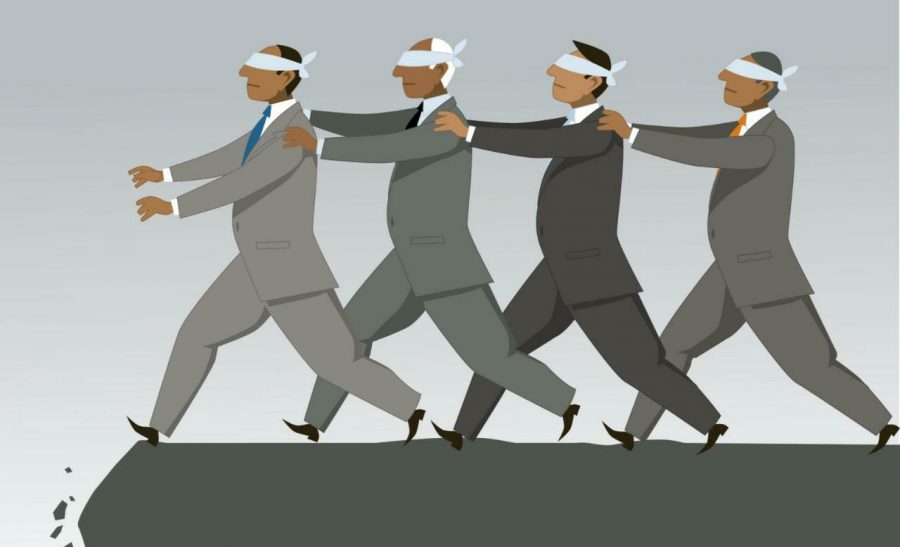 A common phrase and fear that has been heard for months now are “don’t take away my freedom.”

Freedom is used as an argument against wearing a mask, getting vaccinated, or quarantining yourself. While these are prominent situations, what we rarely consider is why people even think that way. It all has to do with who they follow or idolize, which is known as conformity. Kristalyn Salters PhD, a clinical psychologist, wrote for Very Well Mind that idolization is done subconsciously as a way for people to protect themselves from possible “perceived stress”. It is essentially a defence mechanism to keep their reputation stable without doing much of the work. It helps cope with anxiety and gets the problem over quicker.

As the common saying goes, “If all your friends jumped off a bridge, would you?” The answers are usually half yes and half no.

What if your favourite celebrity tells you to jump off a bridge after them? And that there will be a prize award if you do so? Most, if not all people, would take the step. Religions, businesses, and especially politics work the same way.

Think about your political stance, and especially the reason why you believe what you believe. If your reason is fully because it is what your political party or favourite president believes, you are failing the freedom of your mind.

Conformity is changing your behaviour so you fit in with how the group you are part of is behaving. You are not obligated to follow societal trends, norms, and stereotypes. This is very easy to do in high school but will affect you and your community as an adult because you are still leaning on these childlike behaviours.

In late 2017 the announcement of the Defense Department plans to withdraw troops from Afghanistan was reported by CNN on behalf of the former president of the United States, Donald Trump.

Former President Trump is a member of the Republican party. And according to Mother Jones and the Foundation for National Progress, the antiwar movement, a few progressives, and the majority of Republicans supported and cherished his idea because they all look up to him.

Just a short while ago, the 46th and current president of the United States, Joe Biden, announced that he was planning on withdrawing troops from Afghanistan. The uproar this caused in the Republican party was extreme. Republicans are criticizing Biden’s US military withdrawal, yet this decision originally came from Trump. We could say the same for the Democratic party, which disapproved of Former-President Trump’s plan, but now support Biden’s reevaluation. Each party illustrates a relative bias while forming their argument and conforms to the part they believe is more competent.

We are taught from a young age to follow the authority figures in our lives; parents, teachers, employees, politicians, even our phones.

From a psychological standpoint, our obedience to authority stems from our innate childlike insecurity. Frontiers in Human Neuroscience discovered that insecurities from our childhoods affect how we deal with stressful experiences in our future lives. This means that we all are inherently dependent on a figure in our life. Our minds are such a powerful tool that this is a subconscious action. This chain must be broken.

If you don’t want your freedom taken away, then, don’t flock like sheep to your favourite political party.

It is important to research information and form your own opinions. When people spread misinformation, it can become detrimental and misleading. If you see an Instagram post about the news, before you share it to your story, make sure to fact check it on the internet. Or even take a look at the comments underneath. It takes under thirty seconds to do either of these things and will benefit you in the long run. Stay educated, informed, and value your mind.