Western Side of the United States is in Danger of Drought

West side states of the US are in a drought. Governor of Utah, Spence Cox, helps give information for Utahns to do their part to conserve water. 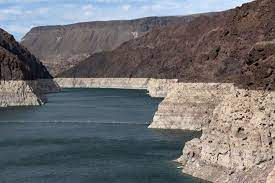 Last year, 2020, Utah and the western states were suffering from a drought. That drought from last year carried on this year to 2021. Governor Cox went public and asked the citizens of Utah to pray with him for rain. He said, “That’s why I’m asking Utahns of all faiths to join me in a weekend of prayer.¨ The rain was yet to fall, and he soon realized that he needed to do more than just pray. The drought worsened during the summer and forced the Governor of Utah to step in and start restricting the use of water at state facilities. The Governor started the ‘Stop of the Flow’ campaign last year on September 20, 2020. But this year, he really stressed its importance because of the increase in drought severity.

‘Stop the Flow’ is an education campaign to help spread the awareness of conserving water. The campaign has been funded by the GWCT (Governor Water Conservation Team) which was started in the early 2000s. They have been helping by promoting education in conserving water, so we can live a life with water in the future.

You can do simple things every day to aid in stopping this ongoing drought. One good way as stated by Stop the Flow is to water your lawns less. ‘Stop the Flow’ said, “It takes approximately 3,000 gallons of water each time you water the average quarter-acre yard,” The campaign also shared a guide on how to conserve water when watering your grass. Another thing you can do is not water when the wind speed is above 5 mph. You can also water-specific things like, your bushes, trees, grass, etc, this helps reduce how much water you use around your house.

According to the Salt Lake Tribune, “The southern part of the Great Salt Lake has hit its lowest level in recorded history.” The lake has been low in the past before, but it hit a record low this year due to the drought. It is also affecting Lake Powell.¨water levels on the lake fell to the lowest point since 1969 and have continued dropping¨ said Nasa Earth Observatory. Due to the drought, the states are pulling water from lakes for their states. Usually, the western states rely on some of the rain and snow for water throughout the year. But the current drought hasn’t stopped since 2020. Those states that rely on rain or snow are struggling because those states didn’t get enough rainfall and snowfall previously.

The western United States is still in drought and it will go on. Nobody really knows when it will end, but people that live in Utah should do their part and conserve water. The Stop the Flow campaign and the GWCT (Governor Water Conservation Team) advise the citizens of Utah and the western US to help out by watering your grass less, taking short showers, watering specific parts of your plants, and not leaving the water running. If everyone did their part then the drought could end soon enough.