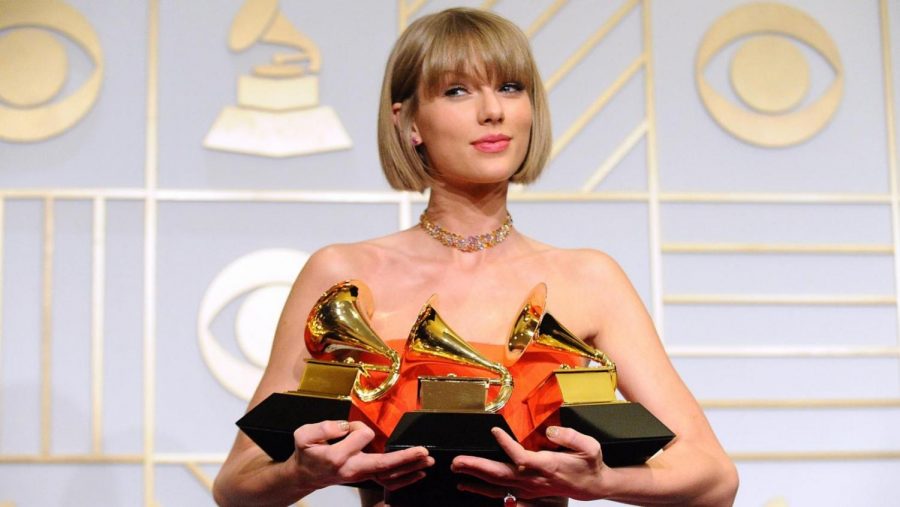 Discussing prejudice within the music industry often proves difficult. Music taste is completely subjective, so how can you ever truly say that someone is underappreciated? Almost everyone carries subconscious biases that they would not support if they were aware of it. That is why it is so important to destroy biases in the music industry, from within. We all need to reexamine our own subconscious feelings about artists and find ways to work past them.

Many artists have spoken out against the discrimination and prejudice within the music industry, award shows, the media, and how they shape public perception.

Taylor Swift, for example, is one of the most successful artists of all time. She has set over 30 world records, been nominated for 41 Grammys, winning 11 of them. And she is one of only 3 artists to win album of the year 3 times, along with Frank Sinatra and Stevie Wonder. Yet so many people still look down on her music.

On January 31, 2020, Taylor Swift’s Netflix documentary, Miss Americana, was released to much acclaim. It chronicles Taylor Swift’s experiences in the music industry and the abuse that followed her success.

Taylor Swift discussed, in detail, the extreme misogyny that she experienced and how it has affected her career as well as her perception in the public’s eye.

Swift also compared her critics with the criticism given to male artists such as Bruno Mars and Ed Sheeran. She described how people often condemn her for writing about her love life while male artists are praised for the same.

Another unfair criticism often tied to Swift and other artists who produce music for a largely female demographic is that “their music is for girls.” Not only are there sexist undertones embedded in these comments, but also they also disregard the meaningful themes and experiences explored by these artists.

It is impossible to fully enjoy the art of music while not respecting the talent and dedication of musicians in every genre.

D’amelio also described her own experiences with sexism in the entertainment industry. The young celebrity discussed how she has noticed that standards are much higher for her and other female stars than for her male counterparts.

In particular, she has noticed that male Tik Tok stars are lauded for the same things that people would “cancel” her.

The entertainment industry isn’t immune to racism either. Artists like Nicki Minaj, Beyoncé, and many others, have spoken out against how both misogyny and racism have affected their careers.

Let’s think about how traditionally POC-dominated genres are compared to typically white genres. Rap and R&B have been greatly under-represented at award shows and thoroughly underappreciated in the modern zeitgeist. And while Black artists do win awards in those categories frequently, they are consistently under-represented in the music industry as a whole.

Artists like Aretha Franklin have been very successful at the Grammys, winning 18 of them, but despite that, she was never nominated for any of the big four awards (Album of the Year, Song of the Year, Record of the Year, and Best New Artist).

Many artists including Jay-Z, Drake and the Weeknd have spoken out against the award show. The Weeknd has said that he is, “uninterested in being a part of the Grammys, especially with their own admission of corruption for all these decades”.

One of the worst things about inequality is that it is impossible to prove. It would be unreasonable to tell someone that not liking an artist is automatically misogynistic or racist, so what do we do?

To prove the presence of implicit biases we need to ask people to reevaluate their opinions without fear of judgement.

Prejudice is inevitable and can be completely subconscious, so it doesn’t make us bad people. We may have just been misled unknowingly. Our opinions are not created in a bubble, so if you recognize biases exist, you should also recognize that you could be biased.

This is especially probable given the extreme amounts of attention surrounding our entertainment industry that make it nearly impossible for people to have a perception of any artist that is completely their own. The glitz and glamour of the entertainment industry can warp our perceptions of artists severely to make people believe things about celebrities that are completely untrue or unwarranted.

What this means is that even if your perception of Taylor Swift or Charli D’amelio is not misogynistic, your opinion was almost definitely influenced by other people’s and those people could have been misogynistic.

The book White Fragility by Robin DiAngelo describes how often people will have biases that they do not realize and when someone points them out they can get defensive and feel like they are being attacked, which prevents them from ever taking the criticism and learning.

This is what we must avoid.

What we need to do is have an open conversation about bias in the media. We must then work to deconstruct those prejudices and improve ourselves on our own terms. Everyone should take the opportunity to re-examine their music taste on a level playing field. Then hopefully we can all learn to appreciate all music without preconceived notions about certain groups.