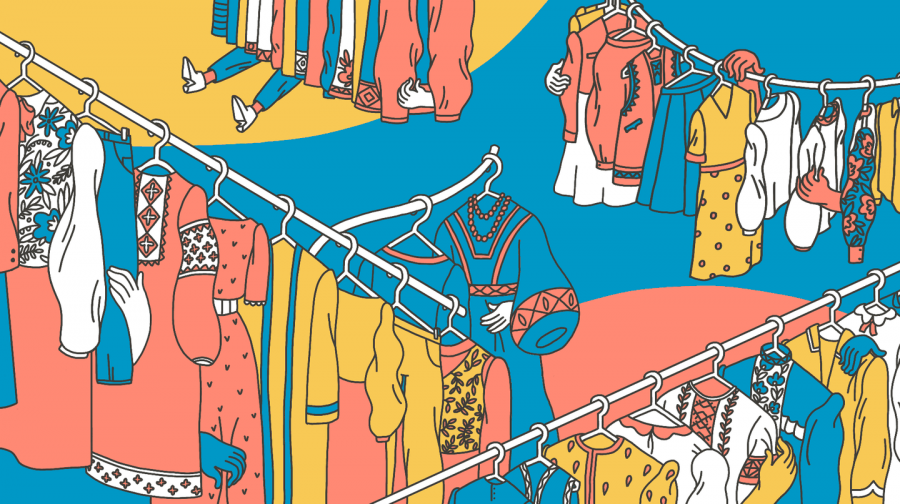 With increasing emphasis on sustainability and the rise of the Tik-Tok #thriftflip trend, thrift stores are booming. The value of the thrifting industry is now estimated at 28 billion dollars. The resale of goods is accredited to the 70s hippie movement. But in 2021, Gen-Z expanded its horizon, with more stores emerging on street corners and social media. Destigmatizing second-hand shopping seems ethical. But our preoccupation with influencer culture and emphasis on overconsumption is a decisive defeat for the lower classes who notice thrift store prices skyrocketing.

Discussion surrounding problematic thrift hauls arose in late 2020. Thrifting became trendier when fashion influencers displayed their enormous collection of thrifted goods afforded to them by their exorbitant wealth. The influx of consumers has increased prices of second-hand items, widening the class distinctions between rich and poor in a place that was once accessible to the lower classes.

It is tempting to believe that thrifting would eliminate classism and elitist haute couture culture, but the enmeshment of class discrimination and racism paints a clearer, more complicated picture. Racial stigma in retail shopping significantly alters consumptive patterns of Black and Brown customers. Thus, consumer racial profiling also restricts POC access to brands. Not to mention, 18.8% of low-income families are Black, even though they make up only 12.1% of the population. And  15.7% are Latinx despite making up 18% of the population. With these figures, it becomes apparent that thrifting systemically excludes people of color.

Moreover, as we break down the class barriers surrounding thrifting, we carelessly disregard the historical baggage that people of color carried on their backs as they navigated racialized systems that exist even today. Emergence of the middle class in post-Industrial revolution society meant that more people flocked to retail stores for freshly-made garments. Thus the stereotypes began.

Second-hand clothes were stacked in stores reeking of classist stereotypes of poor hygiene and destitution. And due to racialized wealth inequality, people of color generally wore second-hand clothes. Thus, these stereotypes, among other things, solidified the connection between poverty and people of color. So it should come as no surprise that thrifting is unsavory in light of historical exclusion. While people of color were ridiculed and shunned for their clothes, we celebrate white eurocentric bodies adorned in thrifted goods today.

Also, thrifting is not completely ethical, even if we analyze it without socio-political underpinnings. It doesn’t necessarily reduce our environmental impact. Reducing the circulation of clothes produced per year is essential to make a difference in sustainability. However, rampant overconsumption in influencer culture works as an insidious equalizer, devouring the modicum of sustainability that comes out of thrifting. Additionally, shortening trend cycles causes more and more clothes to end up in a second-hand pile with not enough people (or not enough people with the money) to buy the designer clothes.

Understanding the socio-economic undertones of thrifting is essential. We cannot achieve sustainability with exclusionary practices that neglect people on the fringes of society. We do not need to swear off thrifting. Instead, we need to recognize our consumption patterns and their unintended consequences on society. Plato’s closet, eBay, and other companies that resell items to a well-to-do demographic are better alternatives to Goodwill and Savers. But more importantly, we must condemn influencers for overconsumption and instead model an environmentally and socially responsible closet to reverse the adverse impact of influencer culture.