The details of the Hearts of Gold fundraiser at Classic Fun Center. 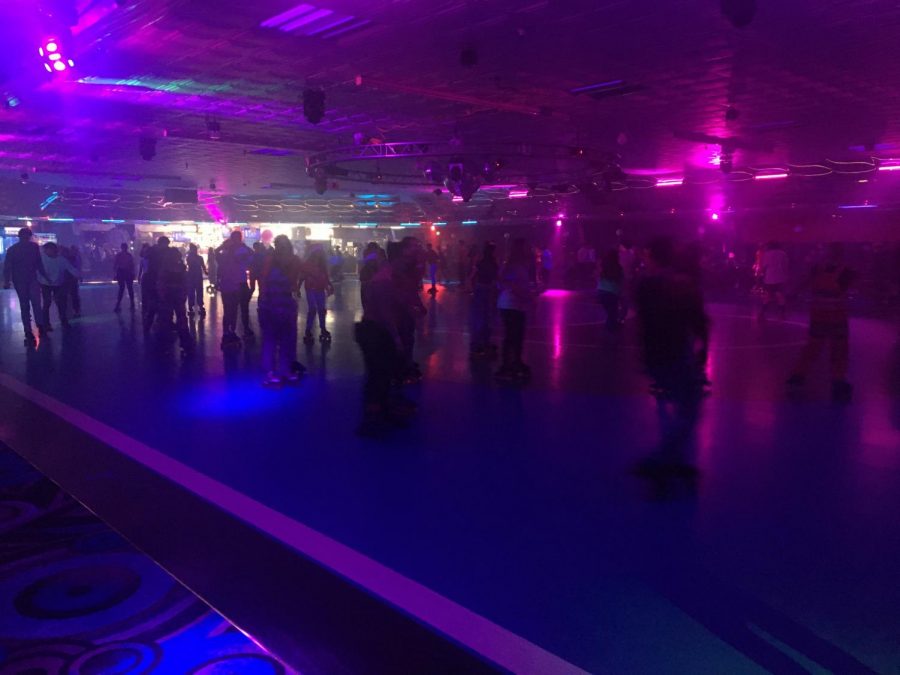 For the past few years, Hearts of Gold has collaborated with Classic Fun Center in Sandy, UT. One night every December, Classic Fun Center holds a disco skate night from 9 pm-12 am where part of the proceeds goes to Herriman High for the yearly Hearts of Gold (HOG) fundraiser. This year’s disco skate night was quite the hit. Students from both Herriman High and Copper Hills turned out for the big event.

At the beginning of the night—9:00pm—many younger kids were still present at the skating rink. A birthday party was going on, and the kids found it fun to swerve in between different skaters to trip them up. Luckily, no one was seriously injured by this encounter. By 9:30 most kids had left, and soon after anyone 15 years old or younger was not allowed in the rink. For the rest of the night, teenagers and young adults partied away as everything kicked up a notch.

The fog machine started rolling and all the skaters seemed to be having fun in their 80s inspired clothing. Some people wore patterned bell bottoms and a couple of men wore all denim to sport that Bing Crosby-inspired look. Most of the music played at the disco skate night were classic hits from the 70, the 80s, and a bit earlier than that as well—Queen, Elvis, Jackson 5, ABBA, Bon Jovi, Micheal Jackson, and more. The DJ played slow songs, songs people could dance and clap to, and simple music people could casually skate to. There were people who danced in the middle and entertained the less skilled skaters with backflips and handstands. Overall the energy was very high, and many people seemed genuinely happy while skating. When asked about their experience at the dance, one student stated, “I thought it was great! I had a blast skating around and hanging out, and the music was so much fun.” Everyone seemed to have a good time, and there weren’t many dangerous mishaps.

The disco skate night at Classic Fun Center got a lot of attention and raised a lot of money to go towards Hearts of Gold. Disco skate night has been part of Hearts of Gold for a couple of years now, and it is a favorite among lots of students. One newcomer to the rink this year said, “I would love to see something like this come back next year.” The Hearts of Gold fundraiser that Herriman High holds every year is one of the most important events of the entire school year. With the help of this disco skate night, other company collaborations, and the hard work of the student body officers and teachers, this Hearts of Gold season is anticipated to be the best one so far.