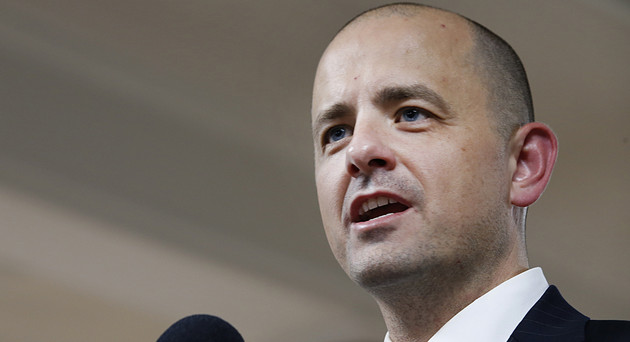 45 years after the last Democratic senator from Utah, Frank Moss, left office the Democrats are trying out a new strategy. The party leaders decided to endorse independent candidate Evan McMullin in a vote held on April 23rd. This is in place of running their own candidate, Kael Weston. McMullin has also earned the support of the centrist, United Utah Party. This historic coalition comes in the face of major backlash that the Republican candidate Mike Lee is receiving for his decision to support former President Trump’s attempts to overturn the 2020 Presidential election.

Importantly, Evan Mcmullin is not a Democrat. In a state where Republicans outnumber Democrats 5-1, it is critical that voters know that fact. It would also be a complete mischaracterization of McMullin’s policy and ideals to say that he is. Much of Utah’s electorate makes voting decisions based on party affiliation so understanding where a viable third party candidate stands is crucial.

Despite this candidate receiving endorsements from a slew of Utah Democrats, he is a former Republican and a current Independent. He belongs to a growing faction of Republicans and Independents known as “never-Trumpers.” This movement supports a renewal of more traditional conservative values and advocates for decreasing polarization and gridlock.

McMullin ran as an Independent in the 2016 presidential election against Trump largely to send a message that even in conservative Utah, unpresidential behavior has consequences. Particularly, his campaign highlighted controversies like the infamous Access Hollywood tape that much of Utah’s devout LDS population found offensive.

He ended up getting on the ballot in 11 states and winning nearly 22% of the vote in Utah as well as an endorsement from former Trump critic, Mike Lee. And while Mike Lee’s opinions on the former president have clearly shifted, McMullin’s have not. The main reason voters said they supported McMullin over Trump was because McMullin seemed like a more reputable and principled politician with similar enough policy to his opponent.

More recently McMullin has heavily criticized the attempts to overturn the 2020 election. The candidate stated in an interview with the Deseret News, “We know that Sen. Mike Lee was quite involved in the effort to overturn our democracy… This is a line that cannot be crossed.” Unlike Lee he also supported both impeachment efforts taken against Trump.

Notably, Lee did not end up voting against the confirmation of the election. However, despite that vote, leaked text messages between the senator and former White House Chief of Staff Mark Meadows allude to Lee supporting the effort from behind the scenes. In the messages, Lee suggests lawyers for Trump to use and encourages the Trump legal team to “exhaust every legal and constitutional remedy at [their] disposal.”

Senator Romney, the junior senator to Mike Lee, has garnered criticism for his apparent denunciation of Donald Trump. Many are speculating that given his position on Trumpian politics he may be inclined to go against Lee, a close ally of the former president. The senator has yet to take an official stance, refusing to endorse Lee and instead referring to both candidates as “friends.”

In terms of policies, McMullin intends on being more aggressive against climate change, lower costs of medicine and healthcare, end partisan gerrymandering, reduce government spending and debt and more. McMullin does not support a public healthcare system, the legalization of marijuana, or the expansion of abortion access. Abortion is suspected to be a “political minefield for McMullin,” according to the Salt Lake Tribune. In 2016, McMullin stated that he was for the overturning of Roe V. Wade. 6 years later, however, McMullin is now saying that he “[does] not think that that is the way for the country to move forward on this issue”. With the majority of Utahns being anti-abortion, this position could be dangerous for McMullin.

Regardless of the outcome of this contentious election, it is a historic political ploy. It has already gained national attention with the Washington Post saying that it “might serve as the model for democratic triage.” If other party organizations in other states can take a lesson from Utah Democrats, it could also serve as the beginning of the end of the two-party system.