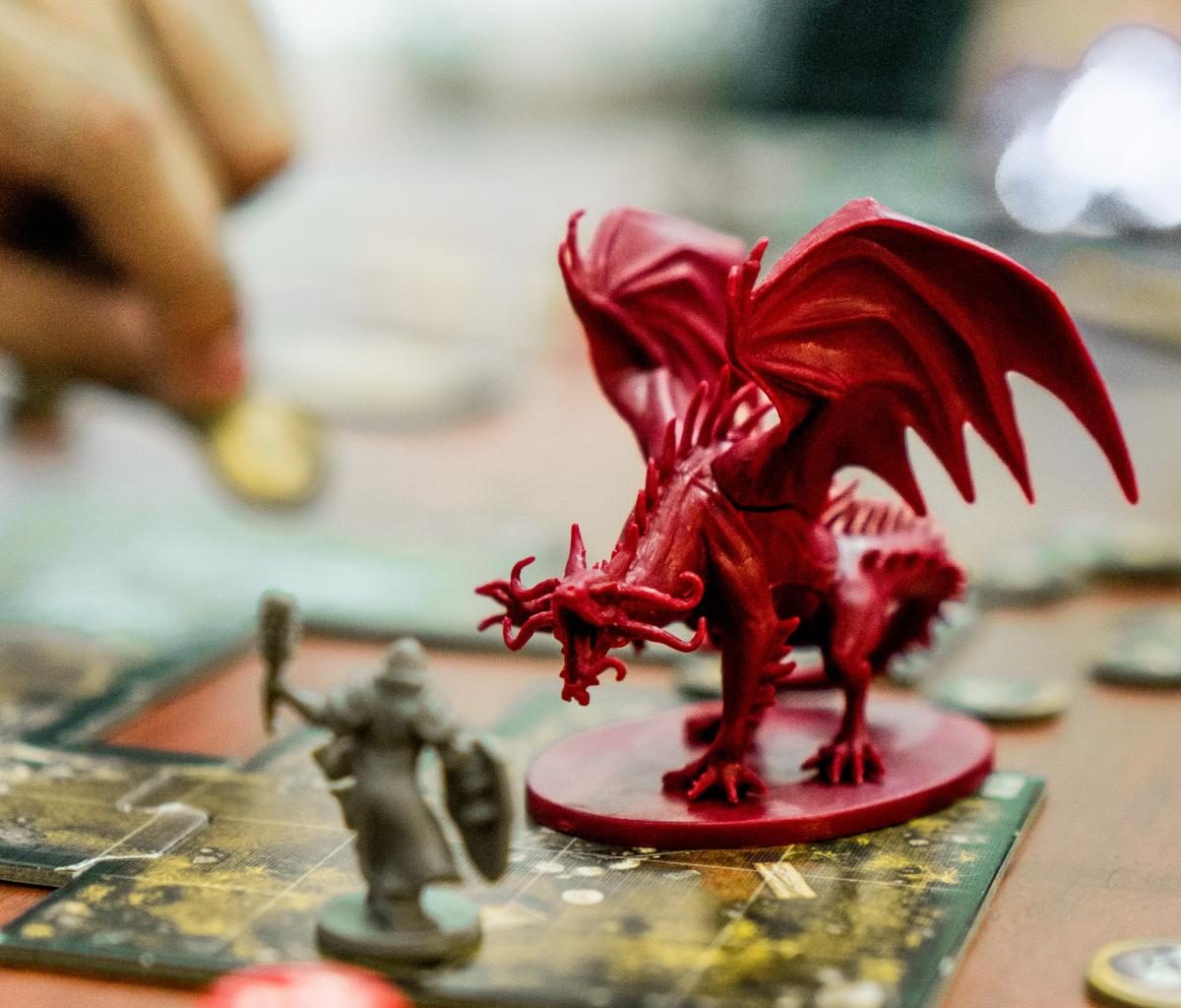 (Photo by Clint Bustrillos on Unsplash)

Photo by Clint Bustrillos on Unsplash

Dungeon & Dragons & Doing it Together

I was a founding member of the ‘Dungeons and Dragons’ club at my high school. I was in chorus; I was in swing choir. I was an outcast, but I was an outcast among a group of outcasts.
John C. Reilly

Despite its stereotypes, Dungeons & Dragons is about how players learn to solve problems with teamwork. That’s it.

Strip away the dice and the books, disregard the fantasy aspects and silly voices, if you take a good look at what a table full of friends can accomplish it might just convince you to join.

Starting from the beginning, what is Dungeons & Dragons (D&D) or Table-Top Role Play Games (TTRPG) for that matter? Originally made in 1978 by Gary Gygax and Dave Arneson, D&D has players create characters to interact in a fantasy world through ‘A Choose Your Own Adventure’ like narrative told by a storyteller, or formally known as a Dungeon Master (DM). A DM would prompt the players a scenario and they would have to respond using their available abilities or resources at hand.

D&D open-world system allows an exploration of self-expression and helps provide a safe space where one could develop skills and have the support of a community behind it. In an article written by Jon Michaud he states, “For countless players, Dungeons & Dragons redirected teen-age miseries and energies that might have been put to more destructive uses. How many depressed and lonely kids turned away from suicide because they found community and escape in role-playing games? How many acts of bullying or vandalism were sublimated into dice-driven combat?”

This comradery had some merit as a report written by Ph.D. student Aubrie Adams stated, “Friendship maintenance through structured game-play fulfilled a fundamental need to belong and contributed to prosocial emotions such as love, compassion and admiration.” You’re never by yourself, but your teammates around you with their own goals that they wish to complete. In the same report, Adams writes, “Research has shown that role-playing through imagined problems can teach democratic skills in small groups…” so it’s an effort to NOT SPLIT THE PARTY and work together in harmony. There are so many stories that I have with my friends standing around a table waiting in suspense to see if a single roll will end a boss fight. When that 20-sided dice lands on its face the room is flooded with screams of excitement, cheers of relief, bear hugs and jumping up and down. It’s something I look fondly on when I think of teamwork. It helped me understand how to work with other people, it set me up to be able to be in a workplace where similar circumstances would appear. Instead of a fire breathing dragon, however, it would be an angry Karen who wanted a discount.

Yes, you can learn from playing a game. D&D is a game about choices after all.

It’s important to note choice is the driving force of what makes D&D a learning experience. Unlike our real-world where laws and restrictions don’t allow these choices, D&D provides a playground in which people can explore an infinite possibility of reactions. Players must put their personalities and morals at the forefront and make hard decisions like whether to save a small town or to further their own power to defeat a bigger evil. When I talked to a player and student Emma Kirby she said, “There’s no rules on how you have to use your ropes, how you have to go through a door, or how you find the solution to a puzzle. When you get creative or find an interesting solution even the DM wasn’t expecting, you have a more memorable experience, which just encourages that way of thinking even more.”

With this idea, some institutions are using D&D as a method for teaching.

Megan Hardy, a teacher on Outschool, an online learning platform for kids up to age 18, uses D&D as a medium to teach kids in an interactive way. During an interview with TNW, she states, “I’ll get emails from parents who tell me about how close their kids have become… The thing about D&D is that it teaches a lot of things without feeling like a lesson. It’s a stress-free way of learning for these kids. I feel like it’s made for students…”

And when I asked another player, Ashe T, about whether or not schools should use D&D as a method to teach they said, “I believe D&D and/or any TTRPG is a good method to teach young kids cooperation with their friends, think critically and outside the box when it comes to tough problems with no one clear-cut answer. TTRPGs, in general, have the nigh-boundless potential for coming up with puzzles and challenges that stimulate creative thinking.”

It all comes full circle, there are so many ways you can explore. There are many editions and spin-off games made since 1978 but ever since its creation, D&D has been the inspiration of many literary works. New media such as podcasts and live streams have set up a new way of watching people play D&D. Having a new broadcasting range over the new age of technology has it spread out to anyone who has access to the internet. Shows like The Adventure Zone a podcast run by the McElroy family, Fantasy High on YouTube by College Humor, or Critical Role, a Twitch Stream run by a cast and crew of voice actors, and so many more platforms have introduced a wide audience of the fun one could have from a single D&D session.

The Telegraph • Copyright 2020 • FLEX WordPress Theme by SNO • Log in